< Back to the Blog

Give Us A Call Today

in Events by ESA | no comments

Super Bowl Madness is coming to the valley! 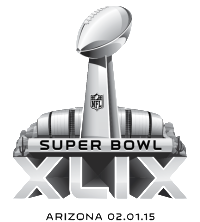 Arizona is hosting Super Bowl XLIX February 1 and it’s going to be crazy busy here in the valley!  Besides our usual influx of winter visitors snatching up the best hotel rates and rental cars, now we’ll have thousands of football fans to compete with in the Phoenix area.

Flights and hotel costs always increase in January and February – that’s when we have the Waste Management Open, The Pro Bowl and Barrett Jackson. But now with Super Bowl too, event space and hotel rooms near the stadium started filling up in early Fall, and rooms at Scottsdale hotels are booking up too. Be sure to make your corporate event plans and your personal party plans NOW before it’s too late!

Which teams do you want to make it to the Super Bowl?

Should you bring your dog to work?
It’s not too early to plan your holiday party!